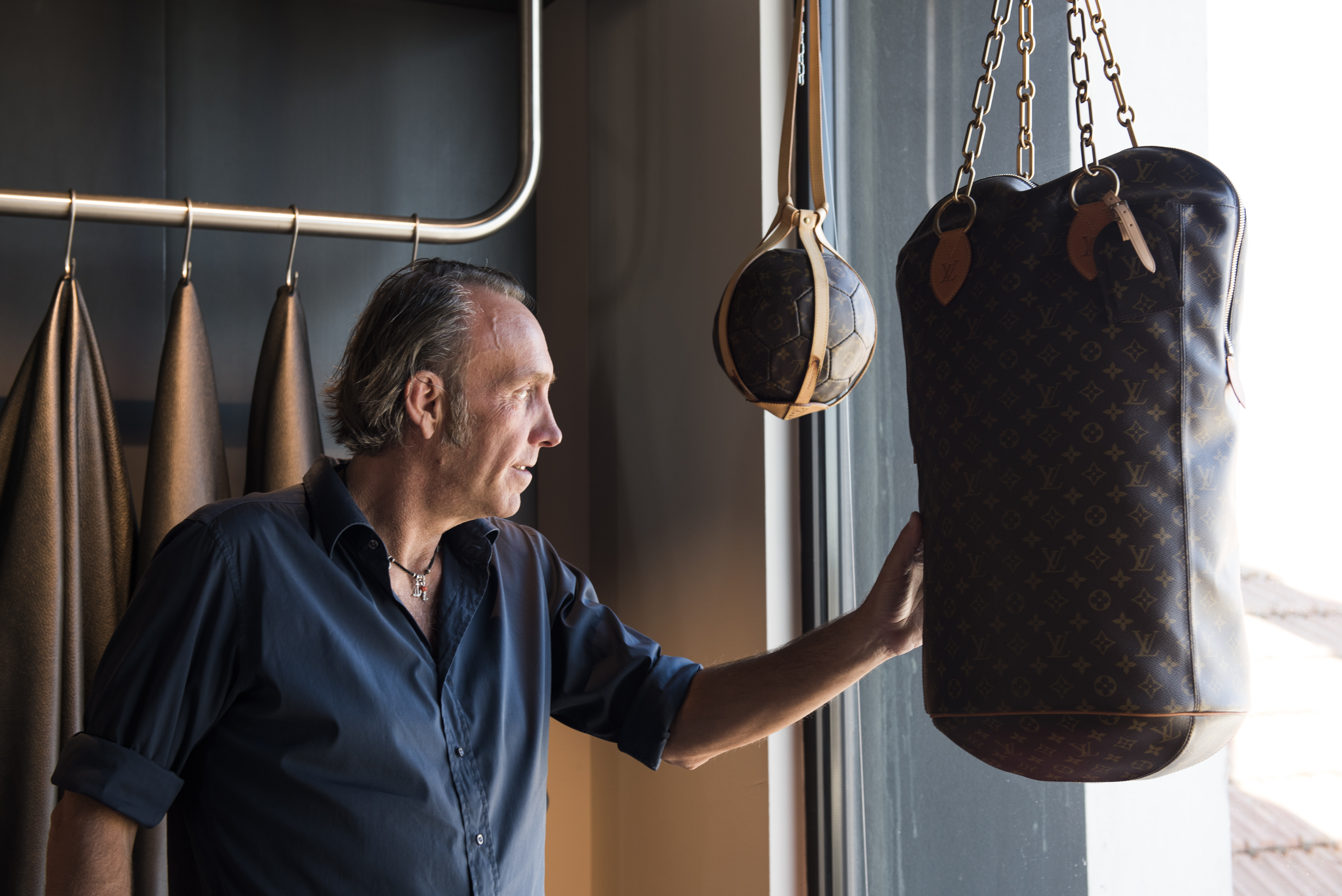 This coming November 16th, Masoni Industria Conciaria S.p.A.-invested since 2019 by the LVMH Group-will turn 20 and celebrate the important milestone with a docu-film titled "From Raw to Wow. A Love Story" and an art installation curated by artist Felice Limosani.

The documentary, written and directed by David Lopardo (a young director, screenwriter and teacher at Polimoda in Florence) traces Masoni's entrepreneurial adventure told from different perspectives. It is, in fact, employees, customers, professionals and friends who tell the story of Masoni and life inside the tannery, an expression of craftsmanship contaminated by innovation and of an entrepreneur who was able to transform passion, determination and savoir-faire into a modern, family-run, internationally recognized company.

"Quality and the pursuit of excellence always win," says Fabrizio Masoni, president, CEO of Masoni, "When I founded the company 20 years ago, my intention was to create a company that would be able to protect and respect the craftsmanship tradition of the area in which I grew up but that could also ride technological evolution by putting it at the service of that experimentation that is indispensable to offer a high-quality product in line with what the market demands and that could satisfy increasingly demanding customers. Experimentation, for us, also means maintaining and nurturing a close link with art, an aspect that has always played an important role in my life. That is why we chose to turn to artists who could give substance to this first big and important goal. The young director David Lopardo represents just that," Masoni says, adding, "We have always invested in the development of new generations of talent because we want them to be able to express themselves to the fullest in their creativity, creating works of art that will remain in time and allow Masoni to be remembered and recognized not only as a tannery of excellence but also as a company that cultivates and promotes culture in all its forms.

"From Raw to Wow" is divided into three narrative, performative and musical chapters that reflect the three layers of which the skin is composed: the outermost layer called the epidermis, the middle layer called the dermis to the deepest connective layer called the hypodermis. Each layer is associated with a narrative that starts from the creative process, through production and the structure of manufacturing, to the deepest and most impenetrable layer of the entrepreneur: Fabrizio Masoni, the heart and soul of the company.

"I am very proud to have been involved in this project," says David Lopardo, "It was a real challenge to summarize, in a feature film of only about 50 minutes, the 20-year history of the tannery. I chose to do it by entrusting the story to those who really know Masoni well, those who work there, those who know its founder. Only in closing did I leave room for Fabrizio Masoni: an expansive man but one who does not like to talk about himself; a man who was difficult to make comfortable in front of a camera and who then chose not to see the final result of this work but to do it, for the first time, together with everyone, on November 15."

A gala evening on Tuesday, Nov. 15, will anticipate the festivities.

Institutions, customers and friends of the Masoni Family will first attend a preview of the docu-film (at the Cinema Lami in Santa Croce sull'Arno) and then attend a dinner, organized inside the factory in Castelfranco di Sotto (Pi). During the evening, guests will be an active part of an audio-visual and immersive installation created by artist Felice Limosani.

"We could only entrust Limosani with the artistic celebration of this milestone," says Fabrizio Masoni, "Only an artist with such a high sensitivity and multidisciplinary vision could have chosen to give voice to the tannery itself, creating his work right inside it. Our production space, for one evening, will therefore become an integral part of the experience we will offer our guests."

Placed in the industrial environments of the Castelfranco plant, in a 3,000-square-meter space dedicated to the leather finishing process and conceived by the artist in synergy with the industrial architecture in which it branches out, the site-specific audiovisual installation "FRAME" is a symbolic representation that, by changing scale and language, creates an experiential dimension around and through the place where it comes to life. The intrinsic meaning of the four colors of Masoni's logo - orange, green, red and blue - is transposed into immersive color sets with a reflection that sees white as the frame of the logo and the quintessence of all colors. Their ultimate enhancement: light. 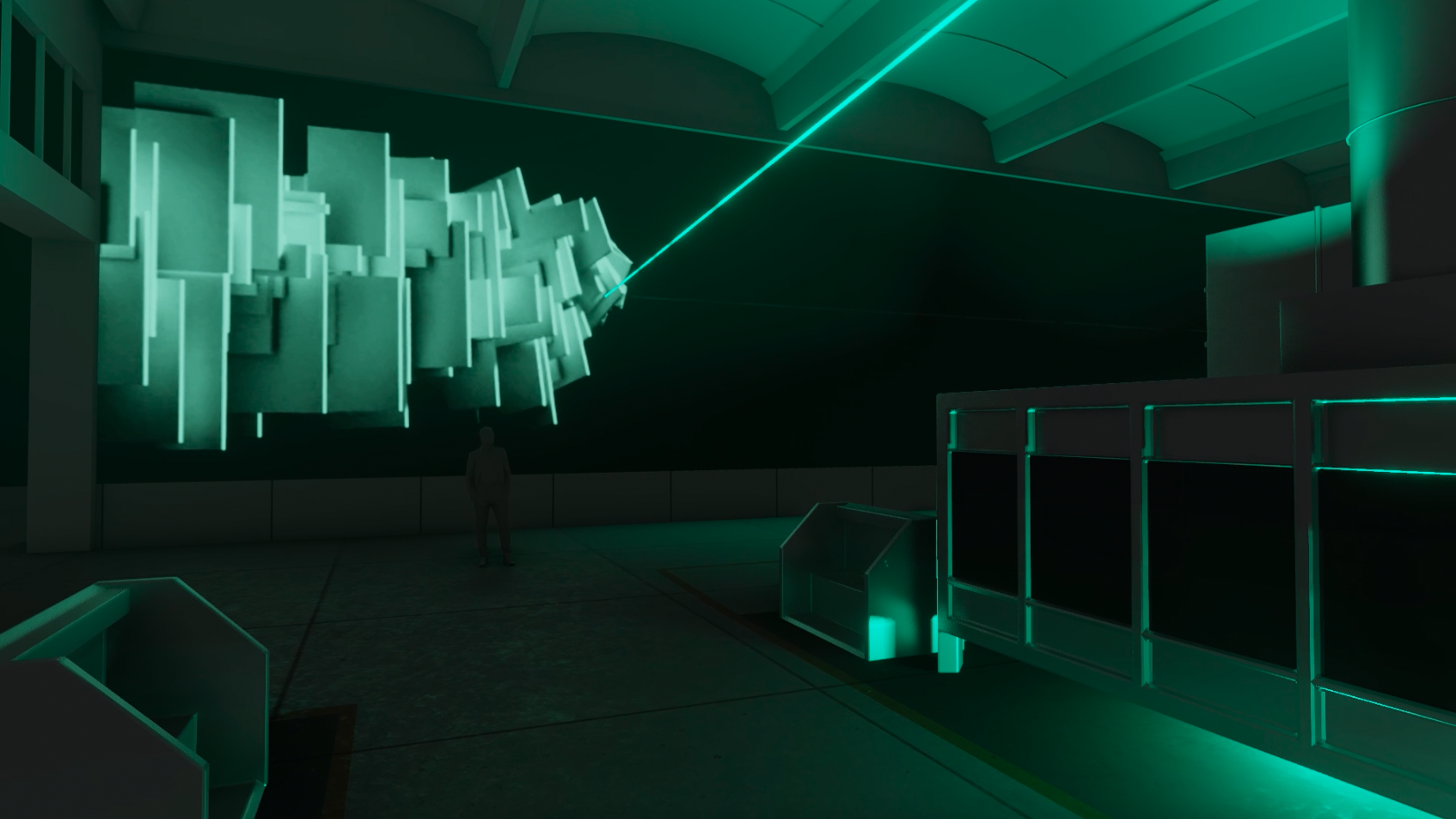 "The work FRAME", Felice Limosani explains, "owes its title to an explicit reference to the quotations "closure of the picture" and "color of dreams" contained in Masoni Industria Conciaria's volume 'The Company in Transparency' (Giunti Editore, 2021), which presents within it significant passages regarding the values that inspire its working approach and the projects carried out over the past two decades. When actions are "responsible for the future" and "safeguarding the environment" and put the person, "job satisfaction" and the "inclusive emotional climate" at the center, the workplace as such is no longer just a location but an environment that holds a dream within itself, driven by ideas and a distinctive vision. Every day in these spaces, an osmosis takes place on the border between the productive dimension, seemingly devoid of emotion, and an invisible but concrete dimension that influences the existence of those inside this ecosystem, those outside it, and those visiting it for the first time. In this sense, the industrial plant becomes a work of art, reminding us that art does not live only in museums or galleries, as its Greek etymon τέχνη _(téchne), meaning knowing how to make, knowing minutely about a process of creation, demonstrates."

Two other moments will be dedicated to the celebrations:

Read the other news of November 2022

MTWH tells us about its eco version of metal injection molding

.BE YOUR FABRIC: The new contest dedicated to clothing has begun!

Today, progress, innovation and sustainability come together to give birth to the Legor 3D Metal Hub: an innovative hub whose purpose is to experiment with and produce jewelry and fashion accessories from precious and non-precious metal powders using the revolutionary Binder Jet technology.

Silvateam - 800 employees, five plants and a turnover of more than 200 million - bet on sustainable tanning with the Ecotan Leather Project and now reaps the results.

The future of jewelry on exhibition

An excellent success with the public and industry professionals crowned the Milano Jewelry Week project, implemented by Prodes Italia