New appointment with the column of Leather & Luxury, a journey in search of innovative materials, techniques and processes, undertaken with the designer Bettina Grampa.

The idea of the designer and today, small businesswoman Francesca Nori comes from an intuition in 2017 following the observation of some vegetable waste peels including that of the pineapple fruit, a by-product that is constantly generated by the consumption and processing in the industries of the transformation generating disposal problems for the industry and the environment.

The production of pineapple fruit is estimated at about 24.8 million tons, 60% of which are thrown away; almost 10 million tons are left on the ground to rot every year while fruit companies import low-cost products rather than supporting local ones, and at the same time its processing generates constant waste to be disposed of, including the peel. The growing unsustainability of the fashion and design industry has led more and more fashion houses, such as large retailers, to notice the interest of consumers in new materials and products of vegetable origin, which guarantee not only respect for the ecosystem but also the essential aesthetic component. 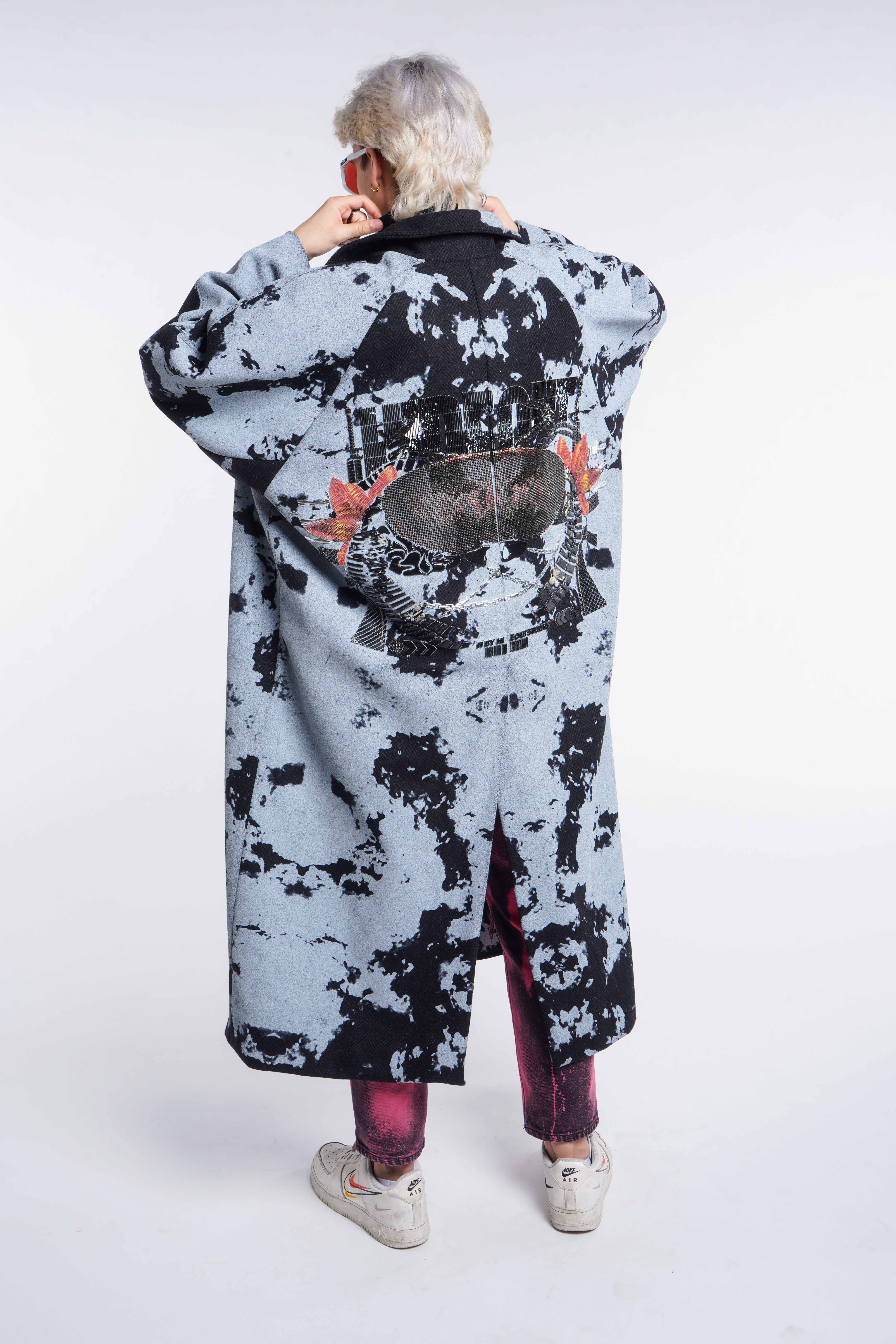 The aim and desire to experiment in fact lead her to look at the world with different eyes, where others saw only a waste she sees the beauty and the possibility of a new category of materials. It will be in the research and experimentation to achieve "Fruit Leather", his first collection of accessories, which parades that year at Alta Roma among the talent 2017 selected by the Academy of Costume & Fashion where he came fromata and the preparation of the thesis "The organic matter as a new metabolism of fashion," which will take his intuition to take a first concrete form.

The idea and the first implementation are not enough, in fact, supported by the family after graduation, she invests her savings to give a concrete voice to the project; at the end of 2017 she validates the idea together with an Italian chemical company, (external to the project and that has chosen to remain anonymous) arrives at the first results of the material (which later will be called Ananasse) and an innovative production process. In 2018 follows the patent extended then in international PCT. She files the patent not with the aim to sell it but to start the road to become an entrepreneur of her idea. With the aim of giving a recognizable entity to this new type of materials, of which Ananasse is part, as well as to be able to create more "peel skins" in the future, in 2020 together with the co-founder Fabrizio Moiani, Vérabuccia was born. She who encloses an innovative production process (patented) to create from the recovery of vegetable peel a material 100% really peel. 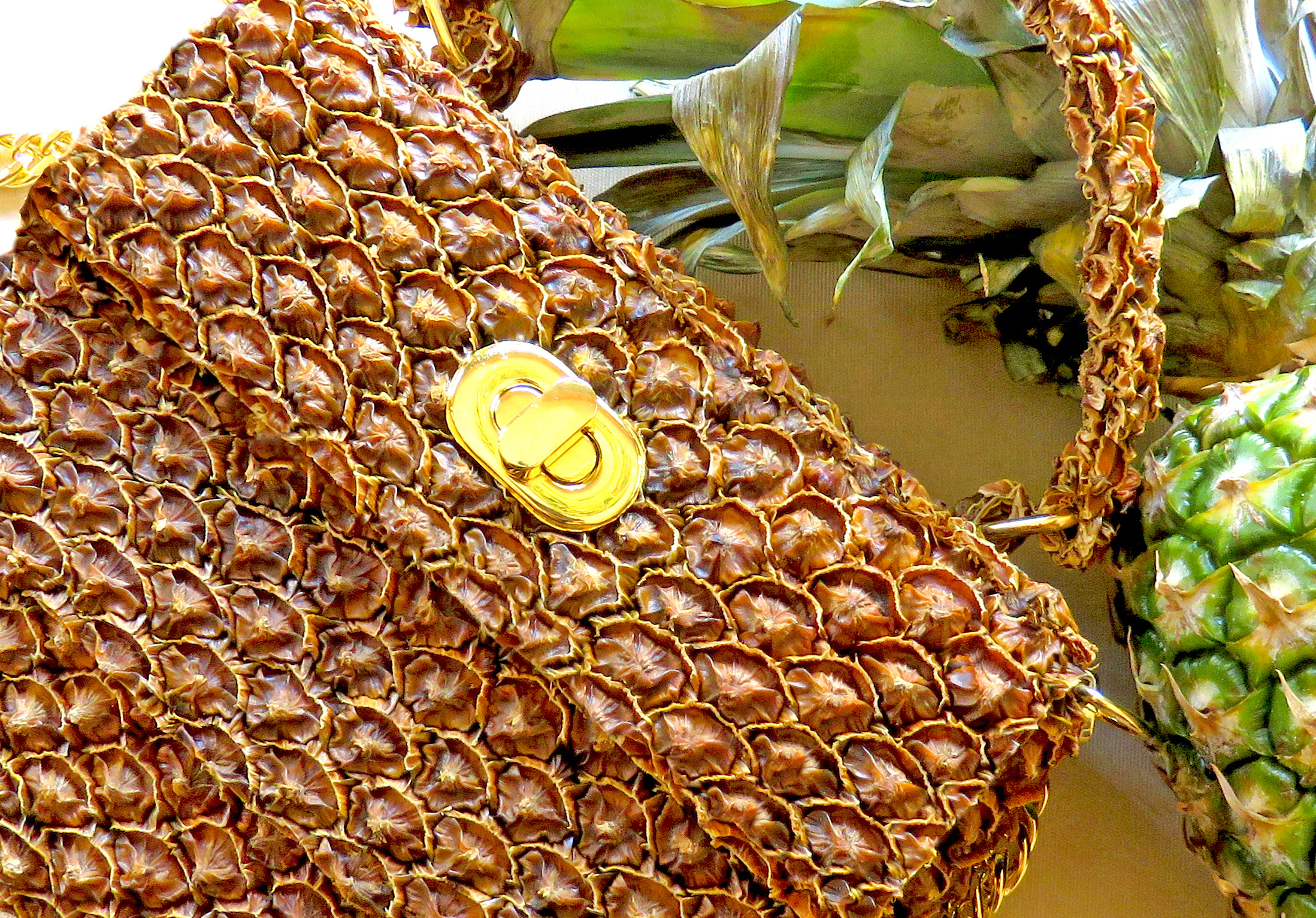 Starting in fact from the valorization of one of the pineapple fruit wastes and imagining a new economy, the first result is called Ananasse, what may seem like a photo edited on a PC is instead a new material alternative, destined for luxury brands (fashion & design) and comparable in tactile sensation and performance to the animal skin of a reptile but, unlike traditional leather, with better social, ethical and environmental costs as a character of uniqueness visibly distinguishable; unlike the vegetable-based materials known to date, whose manufacturing processes (grinding, kneading, extrusion, lamination, etc.. Unlike vegetable-based materials known to date, whose manufacturing processes (shredding, mixing, extrusion, lamination, etc..) make the final appearance tend towards the imitation of fabric or animal skin, Ananasse maintains intact the initial visual appearance of pineapple skin but with new prerogatives of stability and application; flexible, soft, strong can be perforated, sewn and colored in various shades.